Ron is a driven one: He travels the music world from singer / songwriter through folk, pop, jazz, blues to rock, letting him relax with his own music. He is one of the great unknown acquaintances of the German music scene. In Berlin, where he has lived for almost 15 years, his performances in changing formations have long enjoyed cult status.

Sonja Firker played the female lead role in the Bremen theater production Night Club and performs with the Casanova Society Orchestra. In 2017 she played as hostess at the GOP Theater Munich.

The Austrian drummer Andy Winter received his musical education at the Vienna Conservatory and gave concerts early on with greats of the local scene such as Karl Ratzer, Harry Stojka, Wolfgang Puschnig, u.v.a. In 1988 he went to New York to study at the New School and has since worked with jazz musicians such as Larry Goldings, Brad Mehldau, Ron Carter, Mark Whitfield, Peter Bernstein, Scott Colley, Chris Potter, Ben Monder, Donny McCaslin, and others. 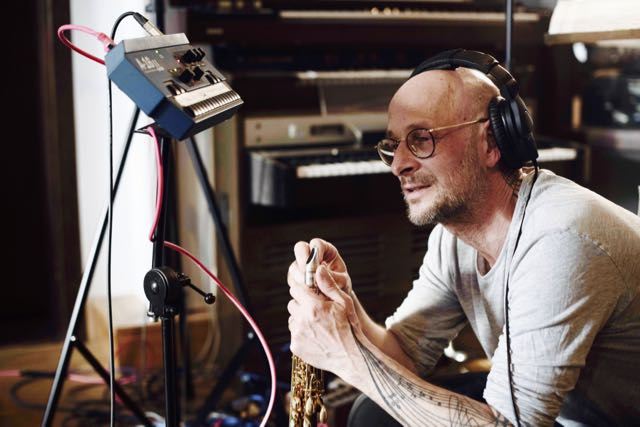 Professor of saxophone and composition at the HMTM Hannover and Berlin University of the Arts (theory and orchestration).

Since the founding of the label Schoener Hören Music (2000) various CD releases with the Jonas Schoen Quartet, hr-Bigband, Steve Swallow and others.

She completed her studies of classical violin in the class of Prof. Michael Gaiser with top marks.In addition to a commitment as a soloist for studio recordings with the Bohemia Symphony Orchestra Prague, she has recently been heard as a soloist with the Macedonian Philharmonics.According to the US American violinist Zach Brock (Snarky Puppy), she is currently devoted to jazz improvisation.

studied at the music academy of the city of Kassel classical double bass. In addition to his busy activity as a theater musician at various institutions (Berliner Ensemble, Kurfürstendamm Theater, Kleines Theater, Schauspielhaus Hamburg) he traveled the world with many ensembles of different styles such as jazz, Latin American music and Singer / Songwiter. 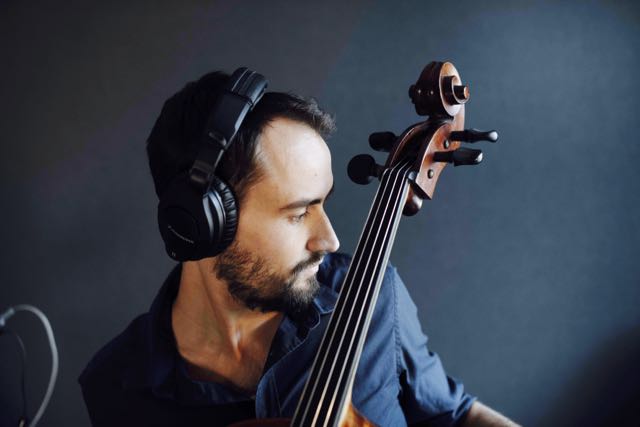 plays the cello since he was 7. He learnt to play in the music school of his hometown, Gödöllő, Hungary. While he was playing and touring with the Youth String Orchestra of Gödöllő and the Colla Parte Consort renaissance ensemble he also got in contact with improvisation 15 years ago. Since then his musical attention shifted toward instant composition, jazz, experimental, noise, contemporary, world, electronic, psychedelic, urban and free music.He played with musicians including Trilok Gurtu, Ernst Reijseger, Tristan Honsinger, Giovanni Sollima, Seijiro Murayama, Eddie Prevost, Katie Duck, Wilbert de Joode, Mary Oliver, Viktor Tóth, Rita Góbi, Zoltán Grecsó, Anne Suurendonk, Tashi Iwaoka, Carlos Liedinsky.